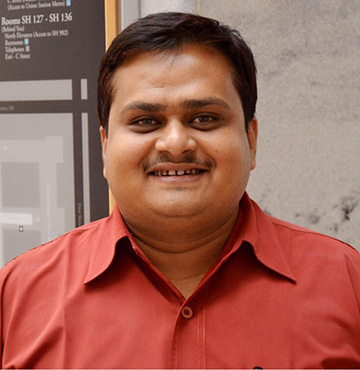 Dr. Netajee Abhinandan is currently working as assistant professor of political science at Ravenshaw University. Ravenshaw University, established in 1868, is recognized as one of the preeminent heritage institutions of Eastern India that celebrated 150 years of glorious existence this year.

He is the Founder-Director of Kalinga Institute of Indo-Pacific Studies (KIIPS), a premiere think-tank, that is engaged in organizing seminars/workshops/conferences that are not only academically relevant but hold significance for policy-makers as well. He served in that capacity from 2017-2021.

He had done his M.Phil and Ph.D on Chinese foreign policy from Centre of East Asian Studies, Jawaharlal Nehru University.

He was the recipient of prestigious Jawaharlal Nehru Memorial Fellowship.

Apart from authoring China’s Adaptation to Global Regimes: Dilemmas and Debates(2011), he has published numerous articles/chapters in reputed (national/international) journals and books on diverse aspects of Chinese/Indian foreign policy, ASEAN, security and diplomacy in Indo-Pacific region. He also frequently writes on contemporary political issues in the local media. He has visited China in pursuit of his doctoral research on China’s relations with global regimes and its behavioural practices in multilateral institutions. He has visited the US at the invitation of the US Department of State under the International Visitor Leadership Programme (IVLP).

He can be reached at netajeeabhinandan@gmail.com.