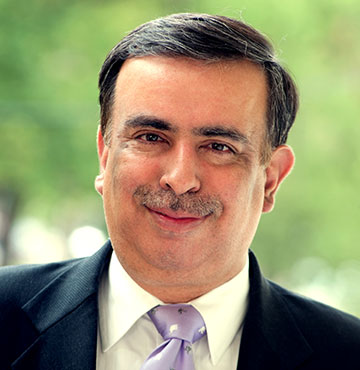 Amitabh Mattoo is currently professor of Disarmament studies at the Centre for International Politics, Organization and Disarmament (CIPOD), School of International Studies. His teaching and research interests include issues of international security, India’s foreign policy, and arms control and disarmament. Mattoo has been visiting Professor at  the Centre for International Security and Cooperation at Stanford University,  at the Joan B. Kroc Institute for Peace Studies , the University of Notre Dame, and at the Program on Arms Control, Disarmament and International Security at the University of Illinois at Urbana-Champaign and  at the Maison des Sciences de‘Lomme at Paris. He has published ten books (on nuclear issues, foreign policy and international relations), and more than fifty research articles (including in leading journals like Survival and Asian Survey). He writes regularly for Indian newspapers, including The Telegraph and The Hindu and is a commentator on television.

Prof. Mattoo was the Vice-Chancellor of the University of Jammu from November 2002 until December 2008. He was the youngest person to serve on that position. He concurrently served as a Member of the National Knowledge Commission, a high-level advisory group to the Prime Minister of India. A member of the Governing council of the Pugwash Conferences on Science and World Affairs, the Nobel Prize winning NGO which campaigns for global disarmament, he is currently President of the Indian Association of International Studies. Prof. Mattoo has been a member of India’s National Security Council’s Advisory Board and was also a member of the task force constituted by Prime Minister Manmohan Singh on Global Strategic Developments. The Task Force examined various aspects of global trends in strategic affairs and their implications for India.

Recognizing his contribution to education and public life, the President of India honoured Professor Mattoo on the occasion of the Republic Day (2008) with the Padma Shri, one of India’s highest civilian awards. Professor Amitabh Mattoo was awarded the Qimpro Platinum Standard Award (2008) and was recognized as a National Statesman for his work in the field of education along with Mr. Anand Mahindra who was awarded for his leadership in business.