India and the Indo-Pacific 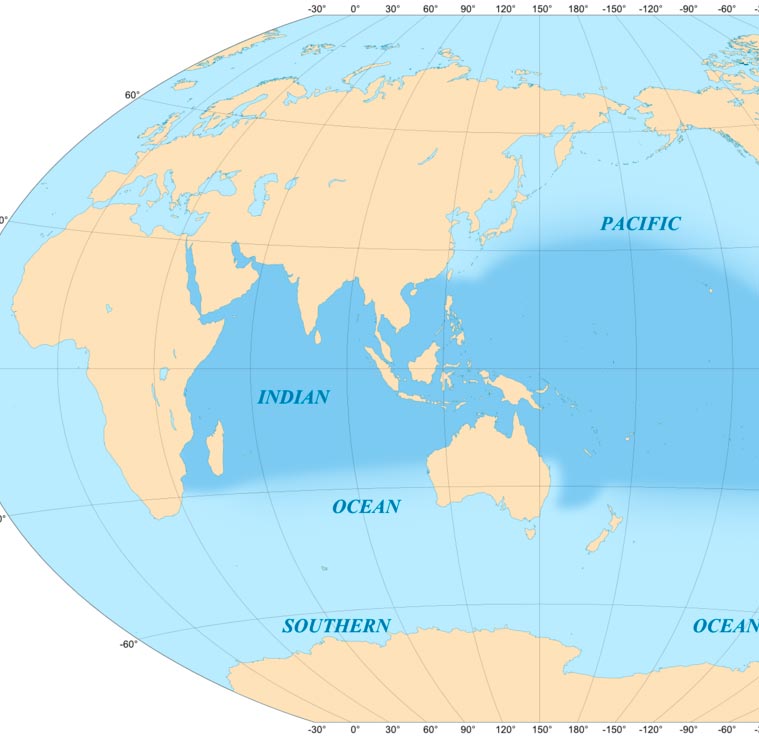 The Indian seaboard had always witnessed peaceful maritime activity, with trade as the prime driver. The sea routes took with them Indian trade and culture to the coast of Europe, Africa, and the Gulf in West and people, religion, culture, and trade to South East Asia and East Asia in the East. The Indo- Pacific and within it, the Indian Ocean remains of primary importance to India. It is its immediate hinterland, linked to the security and economy of the nation and is the channel of connectivity with its neighborhood.

India wants a free, open, prosperous, and inclusive Indo-Pacific region that serves the long-term interests of all countries in the region and the world at large. India’s focus is on cooperation with regional and extra-regional partners based on their converging vision and values for the promotion of peace, stability, and prosperity in an increasingly inter-connected region. In his speech at the Shangri La Dialogue (2018), Prime Minister Narendra Modi has outlined India’s policy towards the Indo-Pacific, stating that for India, the Indo-Pacific extends from the shores of Africa to that of the Americas. In this vast and complex region, India wants to build a rules-based regional security architecture.

In building a regional security framework with its partners in the Indo-Pacific region, India has stressed on the inclusion of principles which call on nations to peacefully resolve their disputes without the threat or use of force. Such an order must believe in sovereignty and territorial integrity, as well as equality, of all nations, irrespective of size and strength. These rules and norms should be based on the consent of all, not on the power of the few. This must be based on faith in dialogue and not dependence on force.1 India feels that any regional security framework needs to address the issue of terrorism. Terrorism today has networks and support structures that are a threat to all nations. With maritime terrorism a persistent threat, India supports the need to cooperate unreservedly to locate and destroy terrorist networks, including financial networks. Another threat that India has identified is the challenges that remain in the larger maritime domain. The Indo-Pacific is an international economic highway. Given the volume of international trade, the waters remain vulnerable to the aggressive behavior of one or many states apart from natural threats. Nations have to realize that a peaceful region would contribute to the prosperity of all. The priority needs to be on resolution and cooperation, rather than confrontation.

Going beyond the traditional notion of security, India is also keen to build robust economic cooperation mechanisms with maritime neighbors to reap the benefits of the Blue Economy. The Indian policy attempts to strengthen the Indian economy through its traditional maritime neighborhood and trading partners. Implicit in this policy is the desire for free movement of people, goods, services, and investments across the reason. It also includes security of sea lines of communication (SLOCs), freedom of navigation, availability of port infrastructure, and non-discriminatory access to markets.

India is also carving a more prominent role for itself in the region by promoting and expanding its footprint through deeper engagements with the nations. India is engaged with the nations at the bilateral, regional, and multilateral levels. ASEAN is central to India’s Indo-Pacific concept, and it marries seamlessly into India’s Act East Policy, with stress on connectivity through the region.

With the continued shift in the balance of power from the Atlantic to the Pacific region and from Tran-Atlantic to Asia, the Indo-Pacific is the emerging threader of global power competition and possible risk of conflicts. It is in the interest of India and other powers of the region to maintain the peace and stability in the Indo-Pacific region for harnessing economic opportunities that it already provides and the security challenges it is likely to witness. Any major conflict would have flow-on effects for peace and security beyond the region. Even as India and the countries of the region recognize that security in Asia is primarily the responsibility of Asian countries, the interests of non-Asian countries in a growing and increasingly connected Asia cannot be ignored.

The Indo-Pacific region is a mix of developing and developed economies following diverse political systems and with diverse security perspectives and developmental choices. Despite these divergences of ideas, there is is no doubt that the region will remain the driver of global prosperity for decades to come. India’s contribution, as one of the fastest-growing major economies in the world, will be a significant factor in ensuring this.’2 ‘India has a vision of the IOR unshackled from historical divisions and bound together in the collective pursuit of peace, and prosperity. As a mature and responsible nation, one of India’s foreign policy interests is to evolve a regional architecture based on the twin principles of shared security and shared prosperity.’3

It is in the interest of both India and regional partners to work together to maintain peace and stability in the Indo-Pacific region.