The Socialist Republic of Vietnam has a cultural history of over 4000 years and is a crucial strategic country in the Indo-Chinese peninsula and the South China Sea. It lies at the center of Singapore- Hongkong and is an excellent 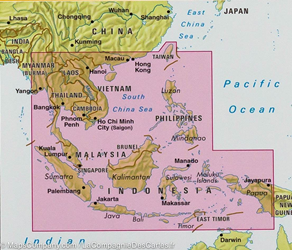 deep-water port and with vast economic trade potential.  It connects Indian and Pacific oceans connecting both east and west powers. Vietnam was annexed by Chinese in 3rd Century BCE, and since then Chinese imperialism has been dominating it. Northern Vietnam has virtually been controlled by Han Chinese rulers like Huang and Tuo and later by the Ming Dynasty, and then Viet Cong has been dominating South Vietnam till their unification in 1976. Differences between North and South Vietnam remained for a long time that only affected the Vietnamese economy adversely. Even French and American influence could not diminish enmity between Vietnam and China.  France ruled Vietnam from the late 19th century till World War II, after Japan let French continue after its withdrawal from Vietnam. The country achieved independence, and Ho Chi Minh launched August revolution and declared independence in 1945. Post-independence Vietnam faced another trauma of division when North Vietnam aligned with the Communist Party of China and South Vietnam tiled to democracy and capitalism. Growth and peace got a chance to thrive after the unification. However, fear of being catapulted always led to suspicion of Vietnamese against China, and it has not reduced till date.Strategic Relations between Vietnam and China.Vietnam and China have co-existed for over 2400 years, and Vietnam still follows some of the communist policies; ones that it inherited from China and yet the nation is loggerheads with China. China has had a cherished past and boasts of a long civilizational history, but when it comes to maintaining peace, it does so by sheer hard actions and use of force. Somehow, China has not been able to establish cordial relations with all its neighbors. It has fourteen neighbors, and none is happy the Chinese way to resolve border issues. Efforts to give Peace a chance to prevail is alluding all of them. Since China is a power to reckon with and follows the policy of resolving conflicts only when the situation is ripe in its favor; it is extremely difficult to get into the heart of strategic aspirations of China. China continues to play Wei Qi; the Game of surrounding, and it is the order of the day with the Communist Party of China (CPC). Dominant and indignant behavior of China towards the South China Sea and Vietnam has instead become obvious and needs immediate strategic attention. Both share 1281 kilometers of land borders and requires deliberate efforts by both to maintain good relations. Latest in international relations is a thaw in relations between China and Vietnam over the Spratly Islands. Vietnam and China being neighboring states with similar Culture, the structure of governance, race, geography should have been good friendly neighbors, but it is not so. Both are serious adversaries.

Relations between Vietnam and China have never been smooth. What is it that ails the relations and what can be done to bring peace not only between these two neighbors but in entire South-East Asia? Chinese assertion in near and far strategic vicinity has been a cause of concern to peace and stability in the region.

Vietnam lies at the fulcrum of the South Asian region, and majority countries of the region are connected directly by land or by the seas with Vietnam. Strategic location provides Vietnam with an opportunity to play a vital role in the region. It has diplomatic relations with 188 countries of the world. It follows the policy of peaceful relations with all countries and respects the sovereignty of all. First of its relations in the strategic world were established with China and Russia in 1954 after its independence. Gradually as Vietnam and Russia improved their relations; relations between Vietnam and China deteriorated. Same was the case with relations between Vietnam and the USA. Vietnam and Cambodia have had troubled relations as Vietnam did not withdraw from Cambodia. The region has seen some of the most unstable times in the history of modern civilization of Vietnam.

Vietnam and India, on the other side, have had excellent relations. India granted MFN status to Vietnam in 1975. Both actively engage in several economic co-operations like ASEAN, Mekong Ganga Cooperation, and currently, India is carrying out underwater oil exploration operations in the South China Sea, which have been objected by China.  Analyzing Vietnam from modern strategic assessment tools like Net Assessment, scenario building, forecasting future strategies and predicting based of as many statistical models opine that its location protects its strategic interests and if they are not protected, it may be engulfed by interests of other nations.

Strategic Analysis of Vietnam based on Rajmandala Theory 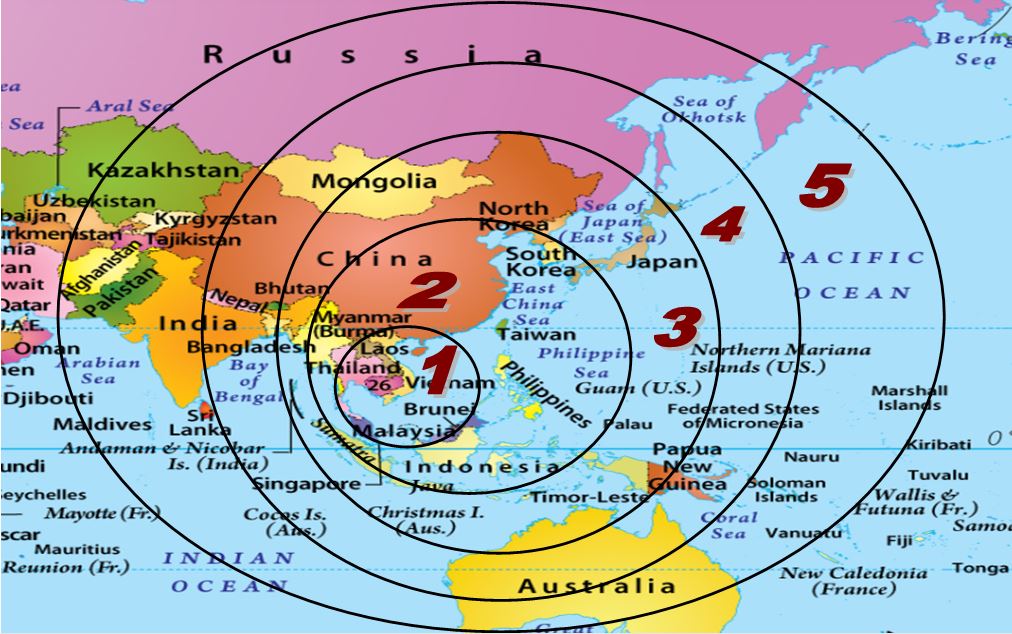 A peep into Vietnam through Kautilya’s theory seems to provide an answer to its recent troubled past. Chanakya enunciated Rajmandala Theory in 3rd Century BCE. Why are Vietnam and China adversaries and why Vietnam is a close ally of India has an answer in theory known as Circle of States or Rajmandala Theory. Rajmandala theory proposes seven rules on which international relations and strategic interests of a nation depend. The concept is based on making a nation a “Welfare state”. Hence the country concerned becomes Vigijishu state or the center of Rajmandala. In this case, Vietnam is taken as Vigijishu state, and seven rules can be applied to understand the complexity of relations and formulation of future strategy. Seven concentric circles around a nation or Vigijishu explain likely relations of a state with others and means to make peace with all of them. Two of them are analyzed to understand the present-day strategic view of Vietnam. Relations of even and an odd number of a concentric circle of states as reflected in the map are likely to be friendly neighbors i.e., Nations in circles 1,3,5 and 7 are likely to be friends to each other and so are nations in circles 2,4 and 6. Circles 6 and 7 may be imaginatively drawn by readers. The USA falls in the seventh circle and hence is likely to be a potential friend forever in the strategic vision of Vietnam.

Vietnam is analyzed from the first two rules of Rajmandala Theory. The first rule states that “Two neighbors are natural enemies”. They compete for area and resources; there are challenges of illegal trade, migration, covert actions, and so on are some of the reasons. In case one of the two states is bigger, then the smaller one must accept the domination of the larger and powerful state, accept influence and terms of the bigger one or else relations would become sour to the extent of open conflict. In the case of Vietnam, all its neighbors become competitors and hence natural enemies.  China, Laos, and Thailand are three neighbors of Vietnam, and in the case of coastal neighbors, Philippines, Brunei, and Malaysia are its neighbors. Vietnam has troubled or neutral relations with all of them and troubled relations with Cambodia and China. China is bigger and more powerful whose subjugation has not been accepted by Vietnam and hence strained relations. Chanakya stated that relations between two neighbors are good if smaller nation accepts the domination of the bigger one. Concentric circle number 1 explains the same.

The second rule says, “Neighbours’ neighbors are your friends.”  And the corollary is that Enemies of your enemies are your friends. Both rules are relevant even today. Neighbors of China like India, Russia, Myanmar, Mongolia, South Korea, Japan, Taiwan, Hong Kong, and Indonesia are likely to be good friends and collaborators of Vietnam.

Theory of Circle of States or Rajmandala Theory in the context of these Vietnam fits in well even in the modern-day International relations and strategies. Further, analyzing strategy formulation by Vietnam based on Rajmandala theory, it is observed that other neighbors of China will always remain adversary. China is not only a neighbor of India but is an also adversary of India. Hence both India and Vietnam will always play important roles in strategic affairs in the South Asian context and will be strategic partners to counter China. Vietnam will always benefit from its good relations with Russia and the USA who are natural competitors to China. Russia is a neighbor of China, and the USA falls in the second concentric circle when the strategic perspective of China is drawn from Kautilya’s theory.

Vietnam must respect its border states like Cambodia and Laos and should improve diplomatic ties with Taiwan, Hong Kong, Philippines. Strengthening relations with India, Russia, USA, South Korea, and Japan are likely to result into major strategic gains in the pivotal role that it plays in South East Asia.

Vietnam has been through a war-ravaged history, and hence, its strategic vision and growth have also been masked by the war, psychology of people and state has had shades of struggle all along. An analysis of the country through Rajmandala theory is likely to provide Vietnam with a better option for its peaceful existence.

*** The author is Brigadier in Indian Army and is serving as Group Commander, Group HQ NCC, Gorakhpur (UP) ***