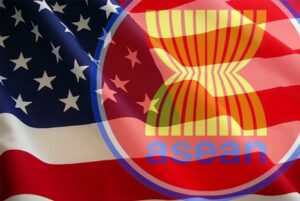 Foreign policies simply are strategies to uphold a country’s national interest through relationships with other countries. These strategies are dynamic in nature and always mould according to the circumstances of a nation. As such, foreign policy always gets a different shape as per the leader in power, as any policy is the brainchild of a group of individuals and the party in power. Thus, it always varies from person to person, as well as party to party. Accordingly, with the victory of Democrat Joe Biden in the 2020 US presidential election, there will be a change in the US’ approach to maintaining a lead in the global order and the country’s overall approach to international relations.

Joe Biden was a staunch critic of Trump’s policies and is very vocal about re-establishing American exceptionalism. As in the process of making America great again, President Trump adopted the policy of isolationism which in turn tarnished America’s ‘world leader’ image. As a result a vacuum is created in world politics and many scholars argued that China has stepped forward to fill this vacuum. Thus, in the post-Covid era, Biden’s challenge is not only to uphold national integrity but also to regain the unilateral dominance that America enjoyed so long.

In the present international world, the Association of SouthEast Asian Nations (ASEAN) is becoming an economic hub, with nearly 7% of world GDP and 9.34 trillion international dollars in 2019. As such it has become very important for the US to foster good relations both economically and strategically. But during Trump’s regime, the relationship has been strained due to negligence towards it by not attending summits. The last one he attended was in 2017 after that he skipped all the major summits. Many argued that showing up matters because it shows a leader and its country’s commitment towards ASEAN. Moreover, less participation also leads ASEAN nations to be more inclined towards China as a partner. So, in order to undo this or reshape the relation Biden will try to take active parts in the future summits or he more likely to hold summits for ASEAN on American soil just like Obama did back in 2016 and try strengthen or rebalance policy towards Asia-Pacific regions and moreover to rebuild America’s economic and strategic hold in the region.

Moreover, Biden will try to foster good relations with ASEAN nations so as to contain the rise of China. As Biden’s sole policy is “to lead the world and not retreat from it” as such he and his team will try to maintain America’s status quo. Biden holds the view that China has its own domestic problem and as such it cannot be a competition to the US. So, he proposed that in order to challenge China, the US should engage in building a united front of allies and partners and then confront China’s abusive behavior towards its neighbour and frequent human rights violations. Therefore, he is poised to focus on a better relationship with ASEAN nations in general.

Economy is the basis of a country’s progress; as such Biden will definitely try to maintain a strong economic tie with ASEAN. As ASEAN is the fourth largest trading partner of the USA and together represents a market with a GDP of more than 2.9 trillion dollar. As such Biden will try to improve this relation even more and for that he might bring back his old dream of creating a trade pact like the Trans-Pacific Partnership (TPP) so as to counter the Regional Comprehensive Economic Partnership (RCEP) which is mastered by China.

The major bone of contention in the region is the disputes of the South China Sea and the growing domination of China over it. China has allegedly created islands in the disputed area for military purposes and for this it’s already faced many criticism and sanctions from international societies and also in conflict with Southeast Asian neighbors – Vietnam, the Philippines, Brunei Darussalam, Malaysia and Indonesia. Thus, Biden will more likely create stronger strategic allies with the countries in territorial disputes with China over the South China Sea issue. Moreover, economic sanction will always remain as the go to tool to check the illegal expansion of China.

Moreover, Biden is a champion of human rights and as such it will reflect on his foreign policies. South East Asian countries like Vietnam, Thailand, Myanmar, Cambodia, and so on are a base of human rights crisis and as a result Biden will try to restore human rights in the region through value oriented diplomacy and through this it will try to reestablish America as a leader or as a benevolent. Thus to conclude, Biden is more likely to deepen relation with ASEAN not only to regain its hold in the region but also to check the rise of China and at the same time the Southeast Asian nations will strive to prosper by maintaining friendly relationships with both the nations.

**The author is pursuing MA in Political Science from Dibrugarh University**