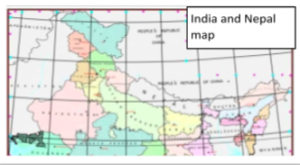 The Minister for Foreign Affairs of Nepal is set to take off on 14 January 2020 to participate in 6th meeting of Nepal-India Joint Commission. Meanwhile, Nepal politics once again stole the limelight when Chinese delegation visited Kathmandu in last week December 2020, post-dissolution of the House of Representatives. A conundrum is emerging with an ensuing visit of Pradeep Gyawali with China flexing muscle in Nepal and India being cautious through its traditional approach towards building relations. China is pushing hard to provide infrastructural support to not only Nepal but to other neighbours of India as well. Is China strengthening the security ring around India or is it focused on its rise at world forum in the 21st century? Can the Chinese support to Nepal be linked to an attempt towards dampening Indian spirits in Ladakh imbroglio? Answers could be in the affirmative to some or all of them.

The rise of communists in Nepal has not been very encouraging for India-Nepal relations. Nepal has openly welcomed the Chinese Communist Party and Chinese leadership to intervene in its domestic politics. The politics behind the visits of Chinese leaders to Nepal in a bid to prevent a vertical split between Prachanda led Nepal Communist Party (Maoist centric) and current PM Oli led CPN-UML couldn’t be more obvious. Guo, the Chinese delegation leader made every effort to prevent the split. The thought process of Chinese premier Xi Jinping is being shared with Nepalese Communists leaders and party workers to strengthen relations between Nepal and China.  Footprints of Chinese economic intrusion in Nepal is visible on the walls and its time for India, too, to accept or take a recourse. India appears to be interested in the latter option, albeit with caution. Gen Wei Fenghe, Chinese Defence Minister, who visited Kathmandu on 02 December 2020, met Oli and Nepal Army Chief and stressed on defence cooperation, resumption of military training of Nepal Army and pledged to assist in dealing with Covid-19 and build Belt and Road Initiative. Gen Wei visited just days after the visit of Harsh Vardhan Shringla and the Indian Army Chief to Kathmandu in November and December 2020.

China is wielding its influence in almost all continents. In South Asia, its presence in Seychelles, Maldives, Sr Lanka and other smaller countries is part of its broader goal. Chinese support to Bangladesh is another factor reshaping regional politics in South Asia. Bangladesh is right to justify Chinese presence by its survival and growth theory. India should take adequate steps to foster closer ties and ensure good neighbourly relations backed by strong economic co-operation and defence tie-ups or watch the neighbours fend for themselves and join hands with China.  For smaller countries, it is their respective steps towards an economic and strategic vision. For India, since most of its neighbours are leaning towards China, it must initiate suitable policy changes to ensure peace in South Asia and pursue economic and strategic connect with the rest of the world.

“India is finding it extremely hard to compete with the Chinese influence in South Asian countries,” said Aman Thakkar, an adjunct fellow at the University of Oxford. In an effort to match China, India is making attempts to interact with all its neighbours to provide the best possible integrated solution to challenges faced by the neighbours. However, efforts needed are humongous and resources available with India are scarce. Ajit Doval, National Security Adviser and External Affairs Minister, S. Jaishankar are visiting the neighbouring countries in an attempt to strengthen India’s neighbourly relations.

Harsh Vardhan Shringla, Indian Foreign Secretary, met Mr KP Sharma Oli, PM of Nepal on 26 November 2020 and discussed specific engagements between the two countries. During his visit to Nepal, he was categoric in Indian view of Indo-Nepal relations being strong civilizational and cultural link and termed India as “Nepal’s foremost fiend and development partner” during his speech at the Asian Institute of Diplomacy and International Affairs in Kathmandu. Nilambar Acharya Nepal’s Ambassador to India was extremely optimistic when he said that the preparations for 6th meeting of the Joint Commission are in their final stages. The visit also signifies the Nepal and India are eager to move forward despite the challenging circumstances. The 6th meeting of Nepal India Joint commission is likely to focus on strategic relations between the two countries.

Challenges are abundant and both nations have to deal with them with a mutual vision and respect for each other. Meanwhile, China is attempting to draw mileage through the communist regime in power in Nepal and has succeeded to a large extent. The economic might of China enables it to wield pressure on Nepal and developments in Nepal point to enough groundwork by China to convert Nepal to a pro-Chinese state. India on the other hand has strong cultural ties with Nepal and its people. Age-old civilizational connect with Hinduism as a common factor makes the two countries stand together and share many things. Economic support by India, being the biggest economy in South Asia, could go a long way in salvaging bilateral ties and limiting Chinese influence in Nepal. Will the visit of Nepalese Foreign Minister aid in developing the same?