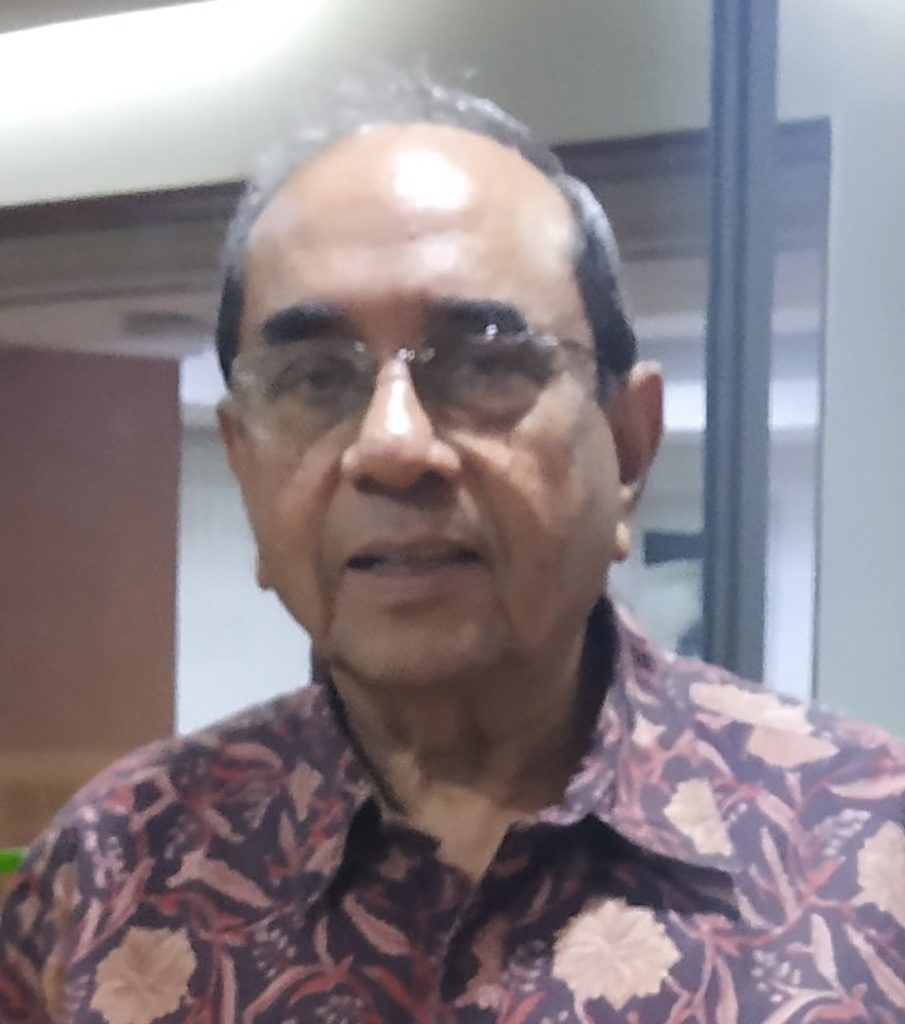 Interviewer: Sir, what is your take on the evolving concept of Indo-Pacific?

Amb. Shashank: Indo-Pacific is the culmination of the process, which finds emergence of several concepts, such as the “Rise of Asia”, “Asian Century”, “East Asian Century”, and even “China-India Century”. All these concepts, including the informal grouping of BRICS, an inter-regional setup, grew fast and lost their sheen, but now they seems to have culminated in a more useful concept in the form of Indo-Pacific.

This concept takes care of the problem arising out of exclusion of India in the Asia Pacific Economic Cooperation Forum (APEC) and also the need to include the rise of China and rising India in any analysis of events taking place in this vast region.

Gradually Australia, USA, India and many other countries have come to accept Indo-Pacific formulation. The US has renamed its Pacific Command as Indo-Pacific Command. With this the concept got a little bit more clarity and it is clear that there is a force behind it and it is not just a nebulous concept or a geo-political concept.

In addition, India’s rise as an economic power and its fast growing economy has been recognized and this factor has certainly influenced the growth of the concept of the Indo Pacific Region. India has been active in this region and has been building up relations, transport and cultural connectivity with Southeast Asian and East Asian countries and seeking to create an Asia-Africa Growth corridor in cooperation with Japan.

It is a welcome step and we have to start thinking not only of the Chinese backyard but also of a region that connects Indian Ocean with African continent. Other wise, we may run into problems later.

Interviewer: Is it in the interest of India to move beyond the Indian Ocean Rim and get into the strategic framework of Indo-Pacific?

Amb. Shashank: Certainly. Indian Ocean region is a narrower concept in the fast changing world and the concept of an Indo-Pacific region, after all does not exclude Indian Ocean. India’s interest goes beyond the Indian Ocean Rim and the Indo-Pacific is increasingly becoming more relevant.

Interviewer: What are the major advantages for India to promote a foreign policy strategy for Indo-Pacific?

Amb. Shashank: Yes, this is an important question, and we surely have to promote and devise the foreign policy strategy for Indo-Pacific.

At the moment, foreign policy strategy for this vast region is a work-in-progress, and we have to continue to work on it. However, it cannot be only at the diplomatic level; it has to include strategic, economic and all issues related to scientific and technological developments. Unless we set up comprehensive and strong tie-ups with countries in the Indo-Pacific region, simply conceptualization will be of no help. We can start off with conceptualization, but ultimately it has to be a well thought-out strategy that is systematically implemented. We, for example, are aware of  the weaknesses in our connectivity programs with South Asia and Southeast Asia, which move very slowly. We signed an agreement in 2001 with Myanmar, and Thailand for a trilateral highway, which was supposed to have been completed within two years, and  now after 20 years it is not yet complete. We have to keep that in mind that our capability is one thing, but delivery of the schemes and proposals in time is extremely important. We need to focus on conceptualization, capacity building, and implementation.

Significantly, Chinese are moving very rapidly in all these areas. We need not just go to America and get America’s help, buy their weaponry etc. To think in terms of India becoming one of the major players, one has to understand that India has to rise on its own. It has to develop strong connectivity with all the neighbouring countries and have a clear vision.

We need to ensure that neighbours do not become adversaries; otherwise, we will not be able to rise. Our vision should include positive cooperation with South Asian and Southeast Asian countries and then include some other countries which are willing to move forward with us more actively.

Interviewer: What do you think are the major challenges for India in this region?

Amb. Shashank: We have to understand that our vision of Indo-Pacific is not the same as that of the United States. The U.S. Pacific Command goes only up to India (let’s say the centre of India), and the western part of India and the other parts falls under U.S. Central Command. So under the U.S. construct of the Indo-Pacific Command Arabian Sea, Persian Gulf and East Africa are not included. We have an Act East Policy, we have the East Asia Summit process, and we are also negotiating RCEP. However, we have to keep in mind that the Indian Ocean is the ocean in the world which is named after a country (which is India). We have a very large number of people of Indian origin in Africa, East Africa and many other countries of the Indo-Pacific region. We have to strengthen all those legs of connectivity as well.

Secondly, terrorism remains the most important danger in this area. With the decline of the ISIS and Daesh in Iraq, Syria, and Middle-East, terror groups have started going back to their own countries and other countries of the Indo-Pacific. They feel that if they could not succeed in Iraq and Syria, maybe they would in their own country or other regions. For example, in our region we have the Khorasan – Pakistan, and in Afghanistan, some of the terror leaders have this idea that the Daesh can expand into other regions and build connections with the Islamic states and people. They have been working hard on that, and they have been working hard on Southeast Asia. So that remains a challenge.

Third, China is growing rapidly, which is an opportunity as well as a challenge. That I don’t see only as a challenge because China is growing rapidly, so India also can grow along with China and not against China. Many countries are interested in balancing their foreign policy and not be totally under Chinese control or work against China, so we have to keep that in mind.

India can provide the civilisation cushion and a vision, that is going to be the unique contribution of India to a new rise of Indo-Pacific region where the countries can grow and can be militarily very strong, yet act as cooperating partners and not just as enemies.

Interviewer: What is your view on the quadrilateral security dialogue, known as QUAD?

Amb. Shashank: QUAD is seen as a military part of the Indo-Pacific construct and that these four countries should strengthen their military and other forms of cooperation, as a counter to China’s uncertain rise. Now, bilaterally many of these countries have their own challenges and opportunities of relations with China. So, they would not like to go as a whole, and even China does not look at them from the same prism.

So, there are many finer points in the foreign policy formulations. Even, Australia and Japan, which are US alliance partners are not going whole-heartedly with the Americans. In India’s case, it is just not possible to be fully with the US, because we have a 4000 kms long border, and we have to keep in mind that we have always seen China both as a partner as well as an adversary. So, even in the Masood Azhar case, for example, we did not totally oppose China and tried to co-opt China in the UN Security Council. Indian strategy worked!

Ambassador Shashank, born in 1944, is a former Indian Diplomat and Foreign Secretary of India from December 2003 to July 2004. He joined the Indian Foreign Service in 1966. Over the years he has served in Indian missions across the world including Belgium, Vietnam, Egypt and Pakistan. He also served as India’s Ambassador to Libya, Malta, South Korea, Indonesia and Denmark. He was Deputy Secretary in the Permanent Mission of India before the Headquarters of the United Nations in New York City from 1976 to 1979.