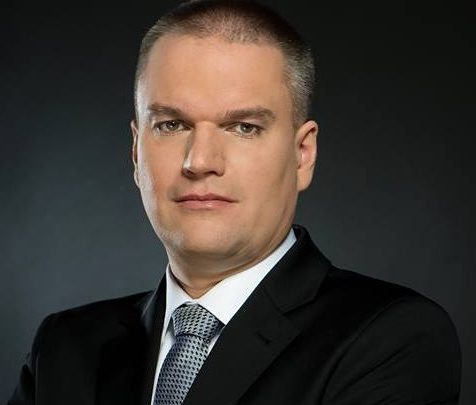 with Ragul Palanisami and Vipul Jain
(conducted on May 9, 2019)

Interviewer: What do you think of the new Indo-Pacific region? How relevant is it to changing global dynamics today?

Amb Burakowski: If we look at the population of the world, the Indo-Pacific region is the biggest and for Poland, the role of Indo-Pacific region is growing and however our main politics is and economics is, we are in the European Union and this is our main region of cooperation, but the Indo-Pacific is becoming more and more important and we are really open for new challenges and new opportunities in this region, including India. India is the biggest receiver of Polish Foreign Direct Investment (FDI) in the whole of Asia and the relationship – the trade with India is growing and its around US $3 billion per year and we want to expand it and we are trying to search for new possibilities. One of the most visible signs of this attitude is that we are opening of new direct flight from Warsaw to Delhi, which would be operated by LOT Polish airlines and it will start operations in September this year.

Interviewer: How does your country view the developments in the Indo-Pacific? Is there any policy initiative to economically connect with the region as a whole, not just bilaterally? Since the Indo-pacific economies are going to be the drivers of the global growth in coming years, how is your country going to leverage its technological and other advantages to promote its interest in the region?

Amb Burakowski: So, we cooperate very closely with European Union (EU) and other European countries. We are advocating the FTA between India and EU and these negotiations are very long lasting, going on for many years. We are also providing more facilities for business to open in some new areas. Also in cooperation with other EU countries and EU as an organization, we are promoting better protection for investor in India. Speaking of technology cooperation, cooperation between Indian and Polish universities is rapidly growing. We have more than 4000 Indian students in Poland in various universities. We have courses in English language for Indian and other nationalities as well. We are very happy about the growing cooperation from Indian side. Cooperation with Jawaharlal Nehru University (JNU) is becoming more and more important. We also cooperate with University of Kolkata and Manipal University in Karnataka, where there is a Centre for Polish and Central European studies.

Interviewer: How do you view Poland’s current relationship with China, especially in the context of latter’s growing OBOR-related investments in Europe?

Amb Burakowski: Poland participates in the 16+1 meeting initiative. Poland’s Prime Minister Mateusz Morawiecki attended last meeting at Dubrovnik. We also promote bilateral relations with China, which for us is important. There are many economic initiatives between Poland and China. There is a cargo train going between Chengdu. We are thinking that cooperation with China could be more developed in future. We have some expectation about One Belt One Road (OBOR) but at this stage we can say that the bilateral relations with China based on trade, are more important.

Interviewer:  Can India and Poland work together and cooperate to take advantage of opportunities in the Indo-Pacific region to promote economic growth?  What are your recommendations?

Amb Burakowski: As I said India is biggest receiver of Polish FDI. We want to expand our companies’ investments here. Synerise provides artificial intelligence and they just launched their Indian branch in Gurgaon. It is one of the biggest Polish IT companies. Another IT company Billenium is based in Pune and it is expanding to other areas as well. I think cooperation in advanced technology is one of the areas. Second is the export of Polish food. We have very good quality of especially processed food and we want to sell to India.

Interviewer: What is the nature of far-right movement in Poland? How is it different from other European countries?

Amb Burakowski: Far right movement is not strong in Poland. It is rather weak and does not have too many followers. Far-right party lost the recent elections to the European Parliament, they did not pass the 5% threshold.

Interviewer: What do you think are the possibility of security and defense cooperation between our two countries?

Amb Burakowski: There is a tradition of cooperation between Poland and India in these areas. Poland provides good quality equipment. There are some Polish companies operating in India for many years. But of course there is a big perspective on this area as well.

H.E. Ambassador Adam Burakowski is the Ambassador Extraordinary and Plenipotentiary of the Republic of Poland to India, Bangladesh, Bhutan, Nepal, Sri Lanka, Maldives and Afghanistan.

He is a Ph.D. D.Sc. in political sciences and Professor of the  Institute of Political Studies of the Polish Academy of Sciences. Graduate of the Maharaja Jam Saheb Digvijay Sinhji High School in Warsaw and University of Warsaw (M.A. in History and Eastern Studies).

From 2006-2017, he worked in Polskie Radio, Polish national radio broadcaster, holding various positions related to the international affairs. He was a Polish representative to the European Broadcasting Union (EBU), where he was the Coordinator of the Central Eastern European Group. Simultaneously he was involved in the Euranet – pan-European radio project financed by the European Commission, established in 2007.

Ambassador Burakowski was involved in various projects of the Cold War International History Project of the Wilson Center for Scholars in Washington and contributed to its publications.

He is an author of many books, concerning India and Central Europe, especially Romania.

Ambassador Burakowski speaks English, Hindi, Romanian and Russian. He is married and has four children. His interests are culture and contemporary affairs of South Asia and Central Eastern Europe.