Two day conference on Energy Security and Connectivity in Asia 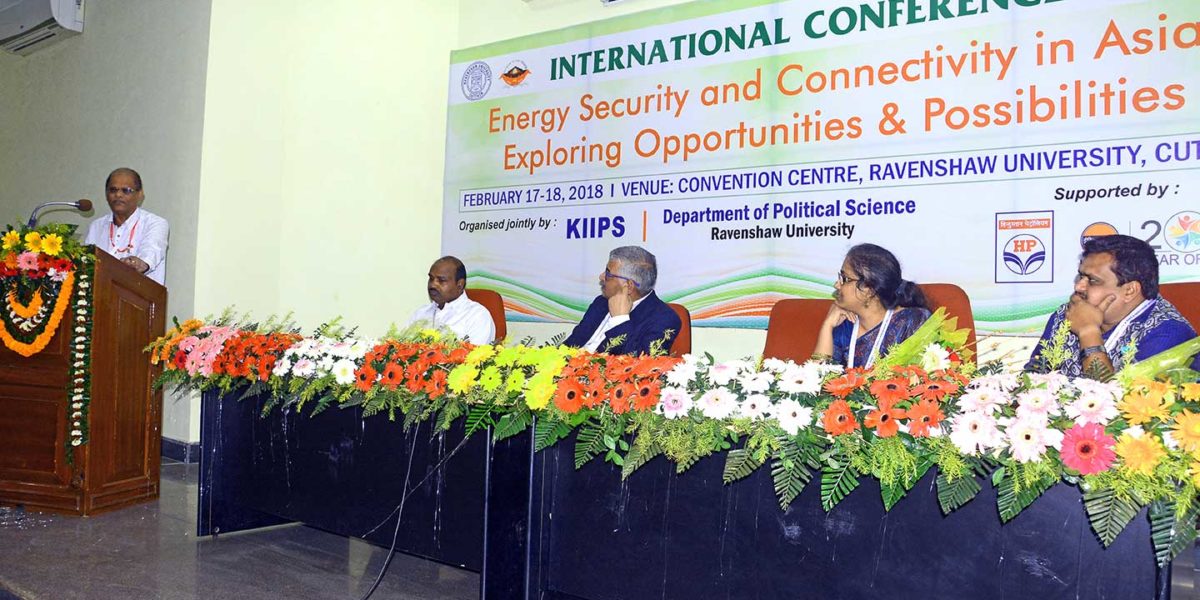 The two day conference was organized by Kalinga Institute of Indo-Pacific Studies (KIIPS) in collaboration with Department of Political Science of Ravenshaw University that was supported and sponsored by HPCL and IOCL.

The two day international conference on Energy Security and Connectivity in Asia: Exploring Opportunities and Possibilities was successfully held at Ravenshaw University during 17-18 February 2018.  It was attended by eminent researchers, experts and scholars belonging to prestigious institutions, research institutes, government bodies and universities from across the country. The conference witnessed lively discussions and critical deliberations on the themes and strategic issues underlying energy policy concerning Asia and world in particular. This Conference made a significant contribution in terms of charting out a concrete roadmap and mechanisms to augment India’s efforts in safeguarding its energy interests through meaningful collaboration and coordination with different regions of Asia.

The following are the major findings which could be used by both policy makers as well as important stakeholders.